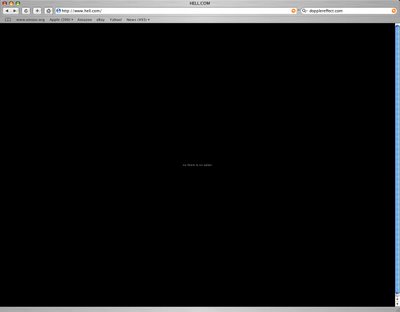 Posted by Umour Ritual Specialists at 2:02 PM No comments:

Coming Back from Extinction

Once again, God has put the liberal naysayers to shame. Those that claim that our God-given duty to subdue the earth stops just because the calender says its 2006 can cease their fear-mongering and environmental bellyaching, as it's clear that God can recreate any species he chooses, even species that hippie tree-huggers (and their ideological hitmen known as 'scientists') have declared "extinct".

As proof, consider the Ivory-billed Woodpecker. This species was completely gone from the woods of Arkansas and anywhere else in the world. This species was made "extinct" precisely because we God-fearing lovers of progress had conquered and subdued those portions of the earth where this woodpecker eaked out its miserable existence. But just likee God made Adam and Eve and all the animals on the earth, God can recreate any species he wishes, at any time, andd the reappearence of the Ivory-billed woodpecker proves it.

Let's not listen, then, to those who would try to scare us with their talk of global warming and extinction of species. If an woodpecker or owl is not strong enough to survive what is our rightful detiny, then it's God's will for that speces to dissappear for a time. If conditions become right once again, God can recreate that species should He choose. Let us therefore continue to expand and generate new wealth, for truly this is God's blessing upon us for obeying His commands.