End of the World beer 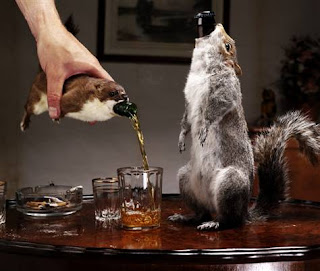 Gun Rights for the Unborn

Seems clear that in this liberal-dominated nation, the murder of the unborn will continue for quite a while.

One right, however, that the liberals haven't yet been able to take away from us is the constitutionally-protected right to bare arms. The constitution gives us this liberty and does not constrain it to race, sex, or age.

The obvious response, therefore, to the problem of fetal murder is to arm said fetuses and give them a fighting chance. With our current technologies it has now become possible to arm babies in vitro, and then (should the fetus murderers attempt to extract them), give them the chance to fight back and, if possible, kill their would-be murderer.

That this is an extention of the constitutional rights the founding fathers would have approved of is obvious: EVERYONE should have the right to defend themselves and kill their attackers. The only problem is how to equip fetuses that do not yet have arms or even brains due to the early stages of formation.

UMOUR will keep you posted about progress in this dynamic new freedom front; We will attempt to join forces with members of the Tea Party and see whether they are lovers of freedom after all and will be willing to throw their full support behind gun rights for the unborn.
Posted by Em at 5:53 PM 2 comments:

"She's Much More Than You've Ever Had Before!"
Posted by Umour Ritual Specialists at 11:11 AM No comments: