Posted by Umour Ritual Specialists at 11:18 AM 2 comments:

Music To Freak Your Friends And Break Your Lease 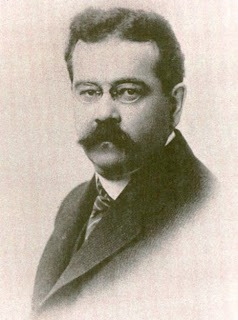 There is a man, largely undiscovered by the modern world, whom I, and many others, believe made one of the most significant contributions to the world of science. Had it not been that he vehemently opposed modern scientists and their methods, his work might be enjoying a greater popularity than it does. Had this man decided to write about completely different topics, he would be hailed as a fabulous literary character. Here was a peculiar fellow. Charles Fort devoted 26 years of his life to compiling documented reports of scientific anomalies from journals and newspapers from all around the world. He lived in dire poverty so that truth could prevail. His life’s work may one day be of great scientific worth, should the established scientific community ever muster the courage to approach it.

Anomalies. This is what Fort trafficked in. Reports of prehistoric beasts frolicking in the world’s oceans. (Loch Ness, Champ, Storsjon Animal). Ancient artifacts found in improbable places (Roman coins in the deserts of Arizona, Chinese seals found buried deep in the forests of Ireland, small statues of horses discovered in pre-Columbian Venezuela). Falls of things other than rain from the sky (red rains in 1571 England, 1744 Genoa; a rain of “73 organic formations, particular to South America” in France in 1846). Unidentified aerial phenomena (excluding Ezekiel’s Biblical description. Fort’s list contains the first known report of a so-called “UFO”, dating from 1779). These are but a few of the subjects Fort spent his lifetime collecting reports of. This anomalous data are roped together under the banner of “Forteana”, a term which probably does not exist in any dictionary, because that which it pertains to isn’t supposed to exist at all.

He who championed underdogs, has been and will likely continue to be, one of the greatest underdogs of all time. For he has not a baseball team or brooding thespians to compete with, but the entire history of the scientific world. His work spat in the face of conventional scientists. There is much going on around us that defies explanation. Fort amassed reports of events seen by humans around the world countless times, which, none the less, have been dismissed. The data he collected were excommunicated by science, which acts like a religion. “The monks of science” he wrote, “dwell on smuggeries that are walled away from event-jungles- Science has done its utmost to prevent whatever science has done” (the Book of the Damned, p. 245). His legacy, his collection of data lies before us. It is indisputable, and yet still ignored. The reports he gathered could make any enemy of science acquire a renewed enthusiasm for the subject. In his four published works, the Book of the Damned (1919). New Lands (1923) Lo! (1931) and Wild Talents (1932) we find over 1,200 documented reports of occurrences which orthodox science refuses to attempt to explain. Explanation was not Fort’s purpose. He merely presented the data, sometimes with his own speculations, sometimes with tongue in cheek. While anomalies can be entertaining, they can also be deeply disturbing, for they undermine the foundations of science, the idea that every thing in this world is rational and under control. Articles like those collected in Fortean Times and the INFO Journal (International Fortean Organization), two publications which continue Fort’s work, prove that things are not under our control, nor will they ever be. Many people, including scientists, find this discomforting and so ignore that which they cannot explain.

-Skylaire Alfvegren
The League of Western Fortean Intermediatists
Posted by Umour Ritual Specialists at 11:11 AM No comments:

Psychedelic and spiritual work by Art Clokey (of Gumby fame)

Posted by Umour Ritual Specialists at 12:54 PM No comments: